Just a few weeks ago, the Walt Disney Co’s top TV content executive, Peter Rice, was in New York to showcase the company’s creative output to a room full of advertisers, media and investors, handing off to his boss, CEO Bob Chapek, with a smile.

But behind the scenes, according to multiple sources inside and close to Disney, the two men were at loggerheads over Rice’s desire to run his Disney fiefdom as his own and failing — in management’s eyes — to be a team player.

Rice, one of Hollywood’s most powerful content executives and a hugely popular figure in the industry, was fired on Wednesday by Chapek, who installed Rice lieutenant Dana Walden in his place.

A Brit who has long ties to Rupert Murdoch — he joined Disney via its $71 billion acquisition of Fox’s movie and TV assets three years ago — Rice never fully adapted from the smaller company’s scrappy, autonomous style to the larger company’s more collaborative one, according to two people familiar with internal decision making.

“He was difficult to work with, ever since day one,” said a high-level Disney insider, underscoring the cultural issues that came with acquiring Fox. “It’s not an us-and-them” at Disney, the source continued. “You have to work together.” This person added that Rice was also suspected of leaking negative news about Disney to the media. A person close to Rice denied this suggestion.

Rice closely guarded details of talent compensation deals from senior executives at the company, the insider said. “He said all the right things, but actions mean more.” Former CEO Bob Iger had said he would rid Disney of Rice, this person added, but ultimately left him in place.

Yet in recent months, as Chapek has faced multiple crises — Disney’s plunging stock price and the company’s ongoing political wrestling with Florida Governor Ron DeSantis — Rice had been mentioned frequently in the media and in Hollywood circles, where he’s respected by partners and competitors, as a potential replacement.

“He was fired. Boom. Threat to Chapek. Hollywood loved Rice. Not Chapek,” said one consultant who has worked with Disney as a client.

Rice is also beloved by many who’ve worked under him. “Everyone loves Peter and thinks he’s genuinely an incredible, empathetic leader,” one ABC insider said. “He felt like the next Bob Iger to me.”

But it’s Walden who now may be positioned as a CEO in waiting, if she executes her job well. When Disney restructured its TV business to put Disney Media and Entertainment Distribution Chairman Kareem Daniel in charge of budgets, distribution, and other business functions, Rice’s power was arguably reduced and his role became less clear, one Disney executive told Insider. Walden’s star meanwhile was rising as she shepherded creative hits like ABC’s “Abbott Elementary,” Hulu’s “Only Murders in the Building,” and the Academy Award-winning documentary “Summer of Soul.”

“What Peter was really good at was that intersection of the creative and the business,” this person said. “After the reorganization, I was wondering, ‘What is Peter’s job?’, because they took the money away from him and he’s got all these big people reporting to him but they’re the ones doing all the work.”

Walden, Nat Geo President Courteney Monroe, and FX chief John Landgraf were firmly in charge of their purviews, the Disney executive added. “It’s not like Peter was reaching down into their organizations to help them make creative decisions or even build creative relationships.”

Some staffers are “concerned about Dana’s authenticity” as a manager, the ABC insider said, “and how that will affect the culture. It’s still pretty old school and fear-based but was getting better.” This person added that some staffers were even reconsidering jobs they recently took in light of the shakeup.

But the Disney executive characterized Walden as “personable and a good and direct executive to work with who really knows her stuff.” And the high-level Disney insider said Walden has operated well at the company. “She is not a diva, she’s a really smart woman. She’s got style and is confident.”

When asked if Walden could be a successor to Chapek, this person said: “We’ll see how she does in her role. It’s a possibility.”

As Hollywood reeled from Thursday’s news, the Disney board took the unusual step of affirming they have Chapek’s back, with chairman Susan Arnold sharing a statement of support. And the high-level insider said it’s likely the board will renew his contract, which is up in February, at one of two upcoming meetings, in June and September.

Rice, whose own contract was renewed last summer through 2024, is currently working with Hollywood law firm Ziffren Brittenham to get it paid out, according to a source with knowledge of his plans.

One former Disney executive questioned why Chapek hadn’t removed Rice sooner. “What took him so long!” this person said. “Peter spent all of his time bad-mouthing Bob Chapek to the press and setting himself up as an heir apparent. And what in the heck did he do at Disney anyway?”

But a second former Disney executive questioned the process and the notion that Rice wasn’t a fit. “When you’re talking about culture,” this person said, “it’s not very Disney to fire a chairman in a hastily arranged seven-minute meeting.” 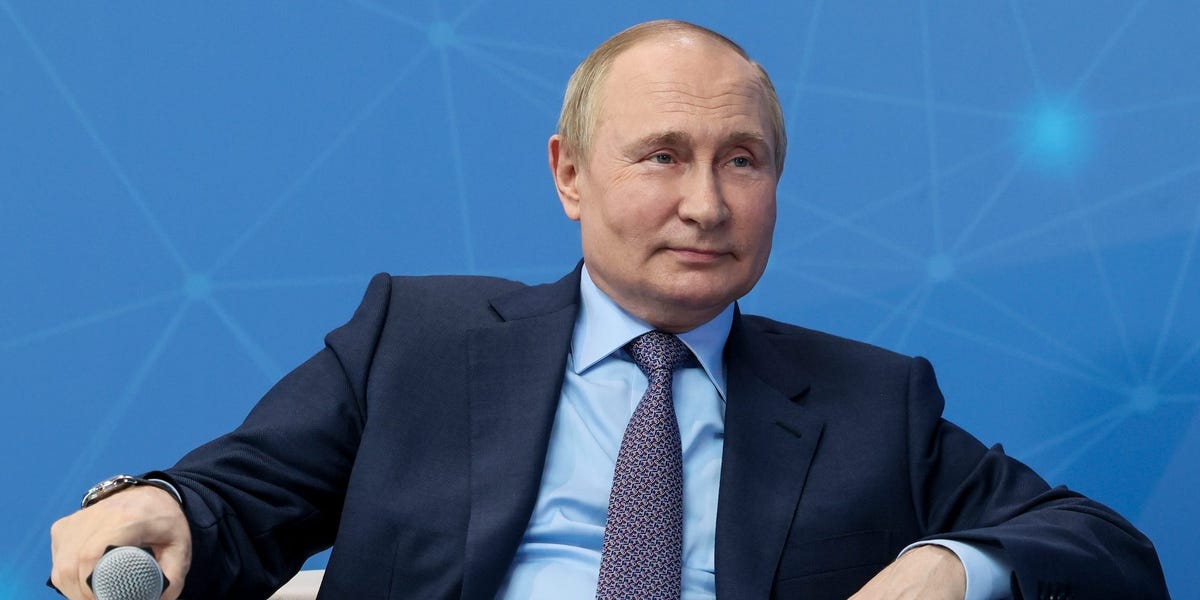 Senate Dems Sound the Alarm About Russian Interference in 2022